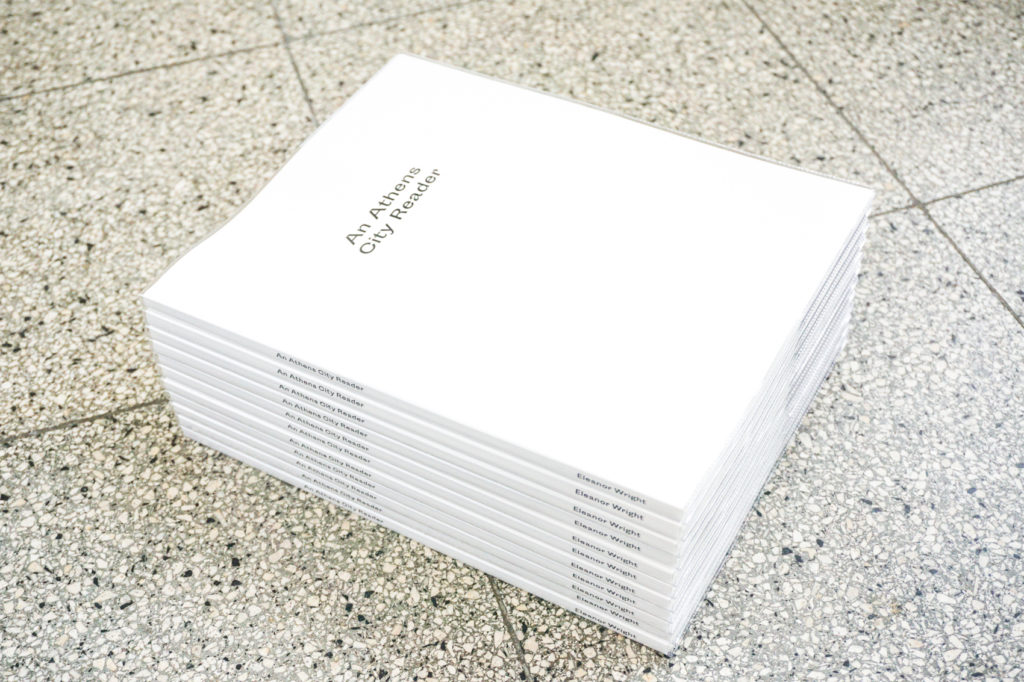 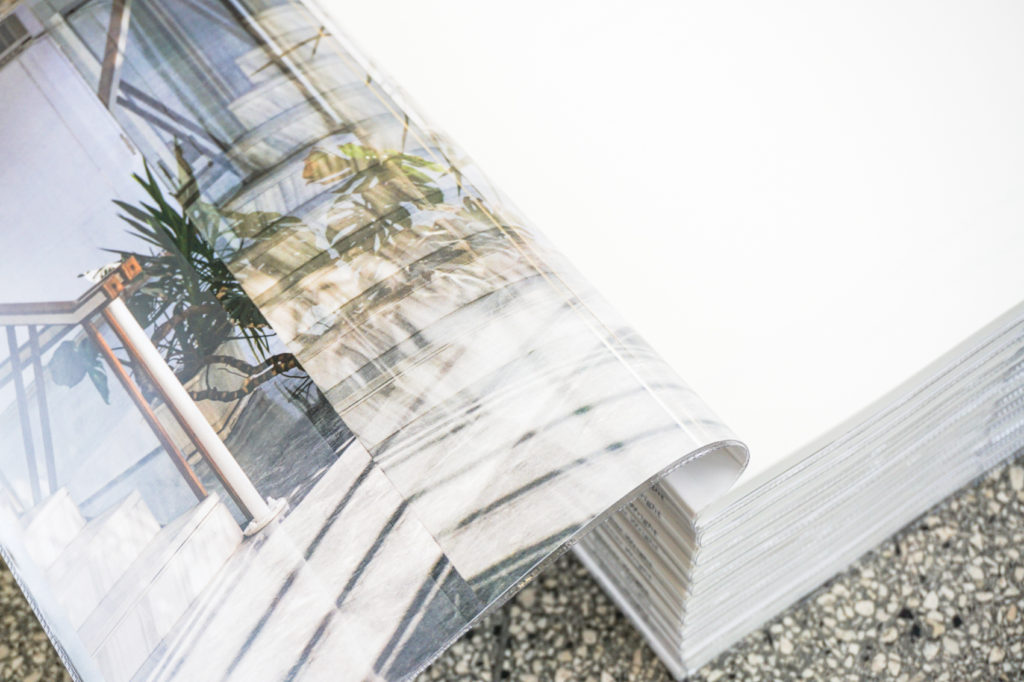 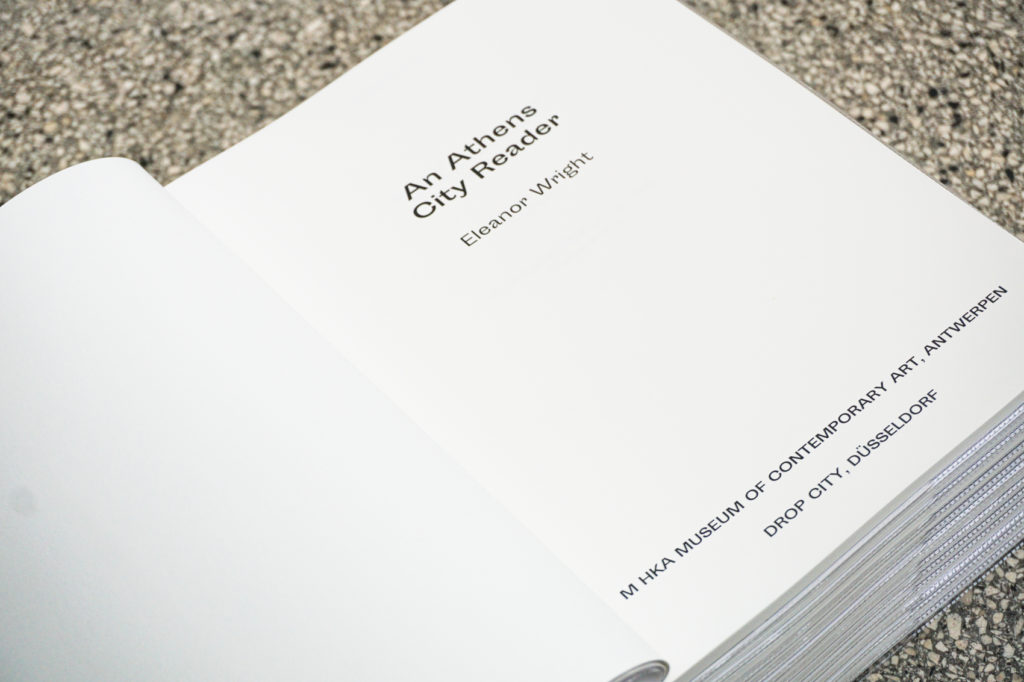 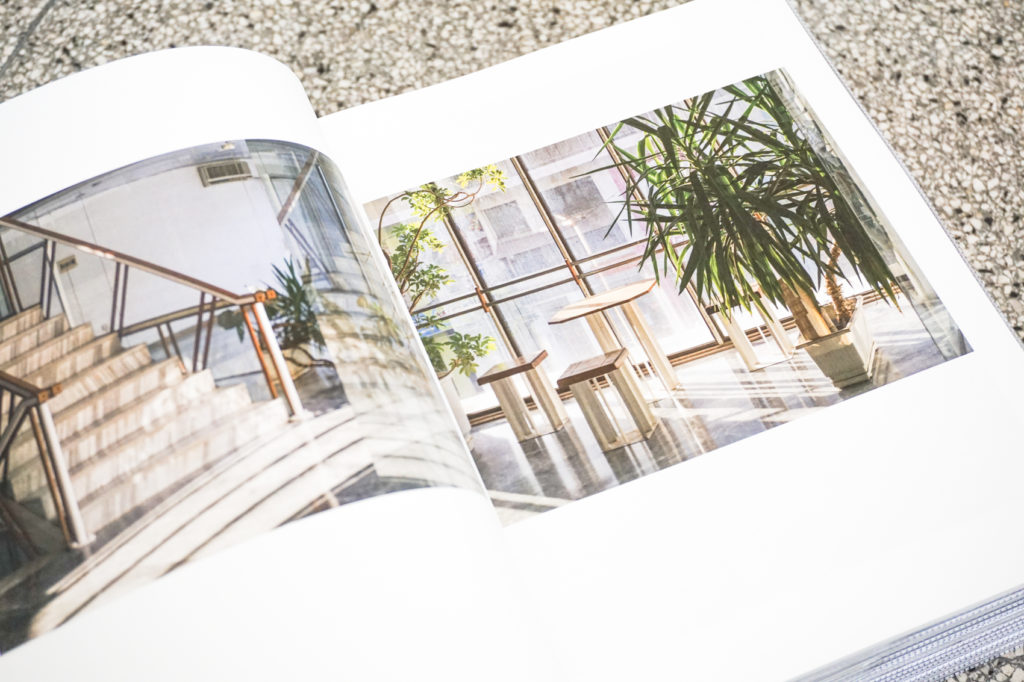 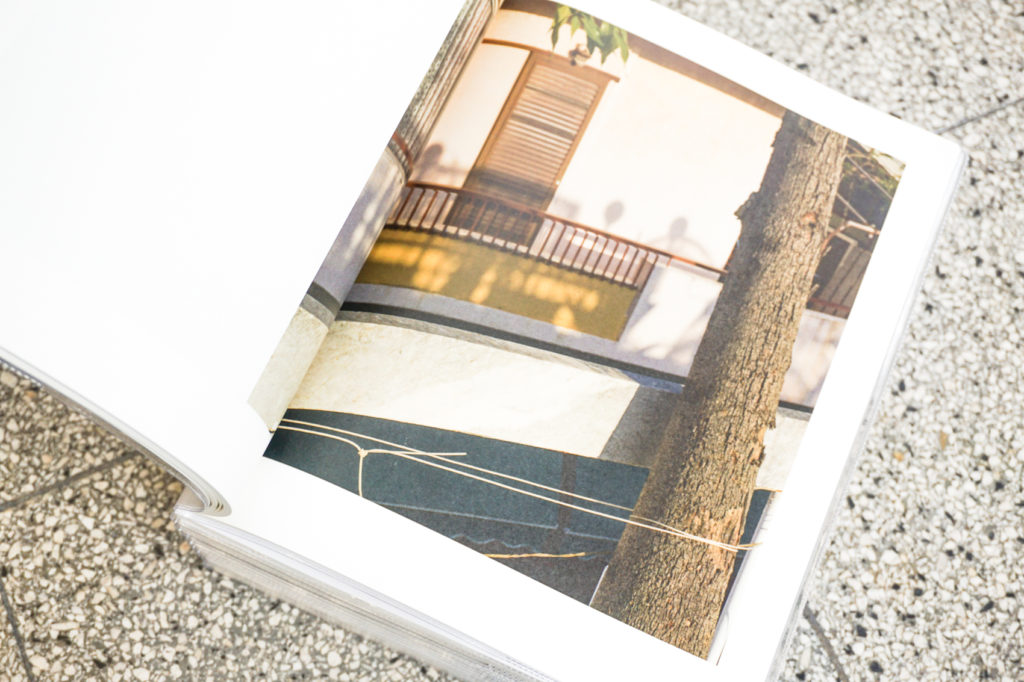 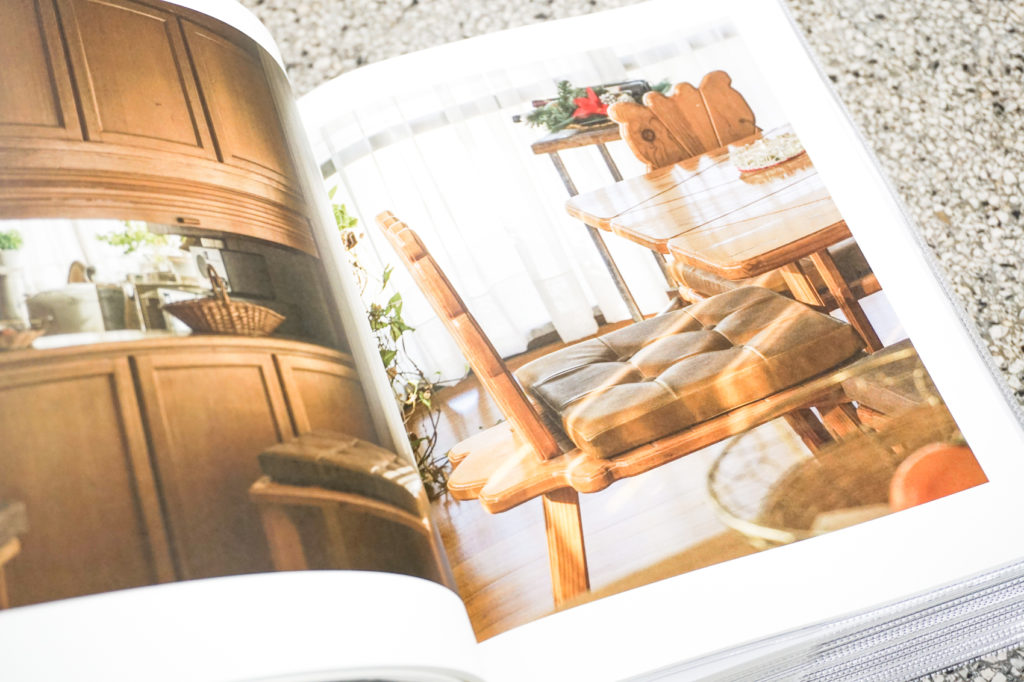 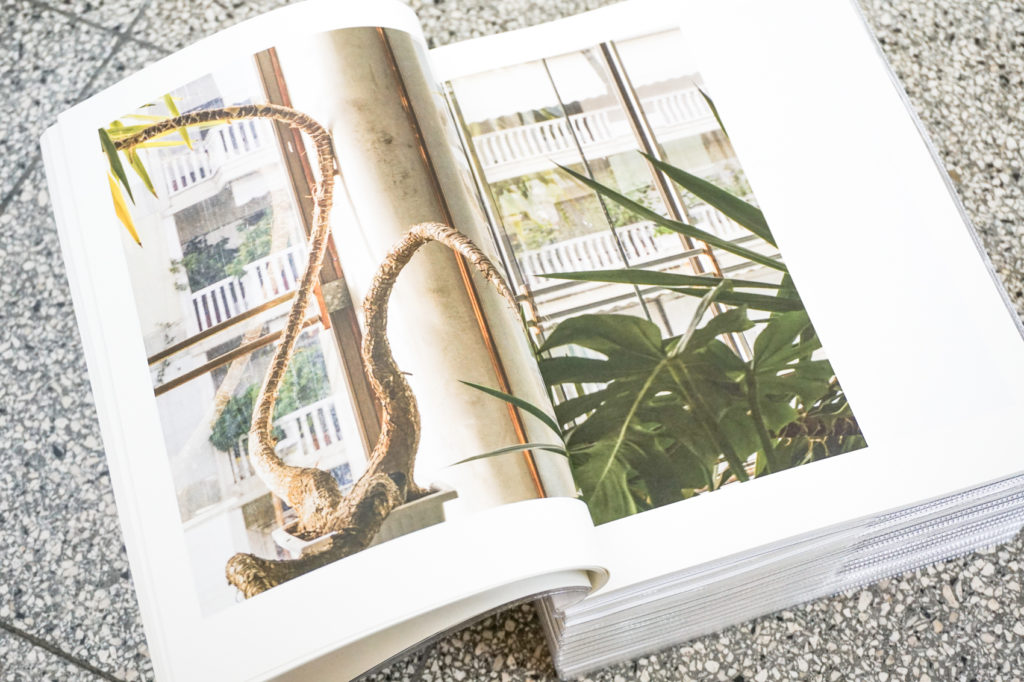 Composed in the space between looking and making, An Athens City Reader draws together imagery and texts that explore subjects of civic life through the lens of two buildings designed and built by unknown structural engineer Yiannis Kontodimas: the vacant Rea Shopping Centre and an apartment building which is also his home.

Throughout 2016 Wright spent time in Athens exploring the city, the legacy of its histories and its current state of economical and political crisis. With newly commissioned texts by Tilly Fowler and Christian Jendreiko, An Athens City Reader considers the narratives we tell about the histories of civilisations and the histories of human beings in their individual and collective identities.

The text Inside the Golden Cage of the Antistructure was commissioned for this book and performed as one of Christian Jendreiko’s ongoing series of spoken word actions on 5. October at M_HKA.

The text How to begin was commissioned for this book following a number of conversations between Eleanor Wright and Tilly Fowler around public space, society and the book A Pattern Language.

The book is perfect bound, 96 pages in luscious colour, with softcover and PVC dust jacket.

An Athens City Reader is designed by o-p-e-n-a-i-r.eu
with new texts by Tilly Fowler and Christian Jendreiko in English.

Published in 2017 by Drop City, Düsseldorf
and M HKA Museum of Contemporary Art Antwerpen
in a special edition of 100

An Athens City Reader is supported by:
Arts Council of England
The Elephant Trust
among others.

We deliver worldwide,
Please contact us directly for shipping
and other enquiries