drop city
Exhibitions
CLOSE
M HKA Museum of Contemporary Art, Antwerpen and AIR Antwerpen invited Drop City to be the eleventh guest in the LODGERS programme, occupying the 6th floor of the museum as «Drop City, Antwerp» between 5 August - 15 October 2017. The Studio for Arousing Tools: Assembly I; A Gradual Stiffening; The Kink in the Arc: A Collective Novel; Alpha Adieu were four concurrently running programmes each led by one of Drop City’s founding members. A highly experimental format, presentations, including those from invited peers and collaborators, included changing installations, performances, readings, talks, seminars, workshops and offsite events. The aim was to push the collaborative boundaries of individual practices to the point where they would converge to produce new and unexpected meanings, as well as to critique the established roles and expectations of the museum and non-profit initiative. 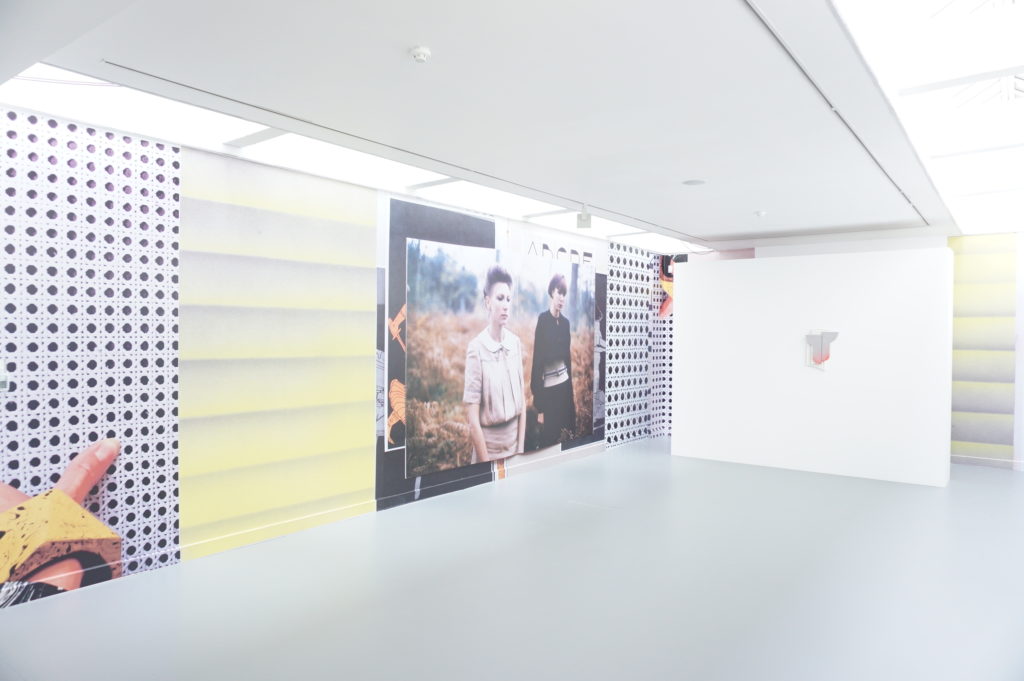 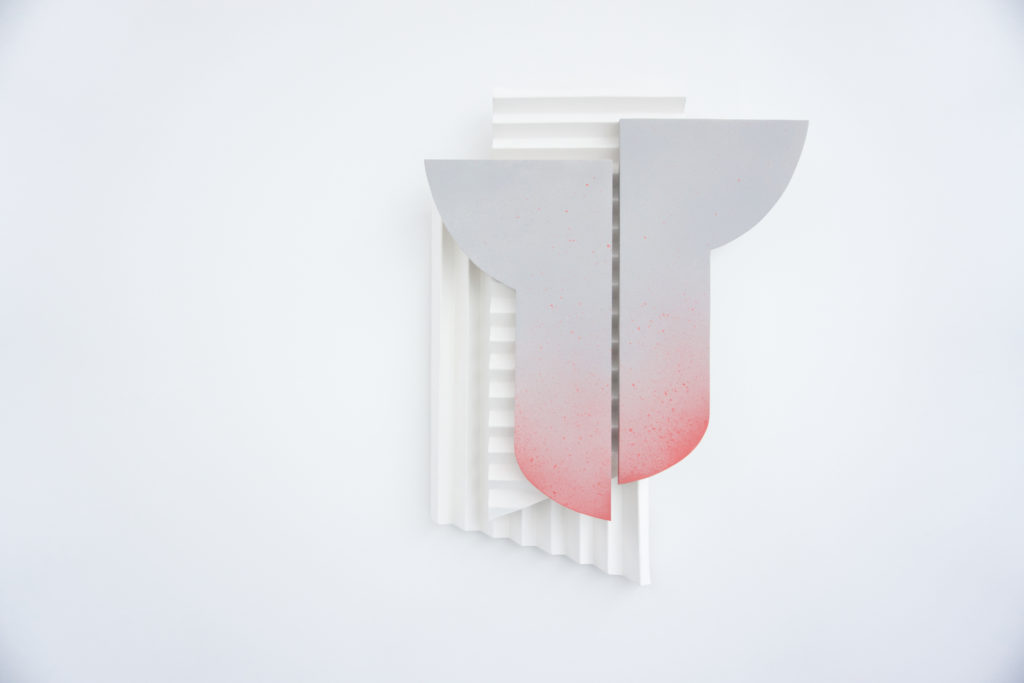 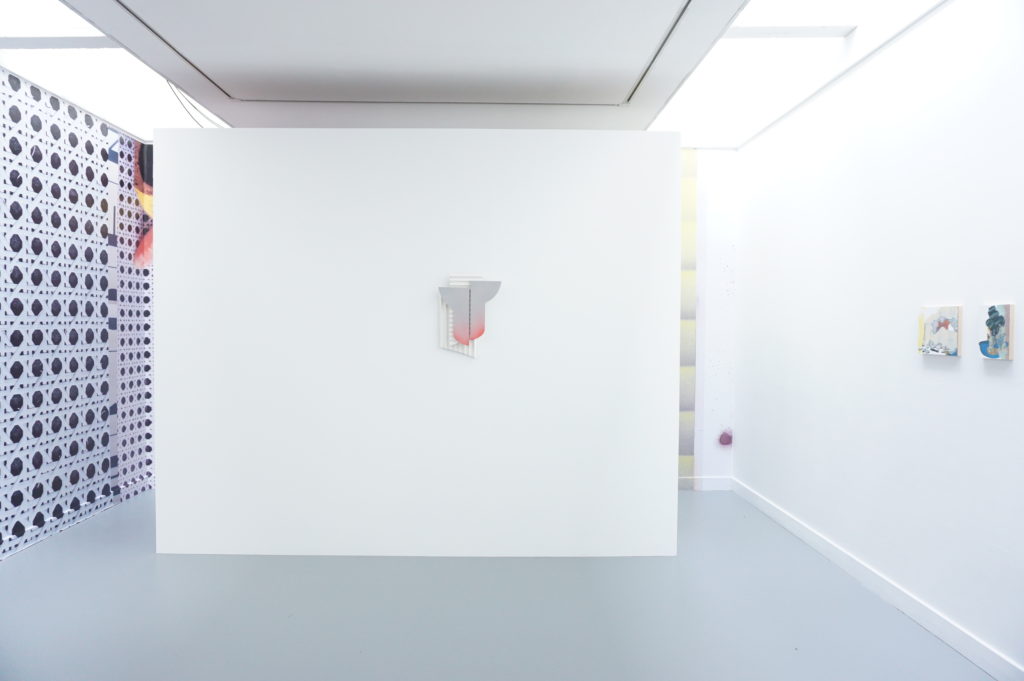 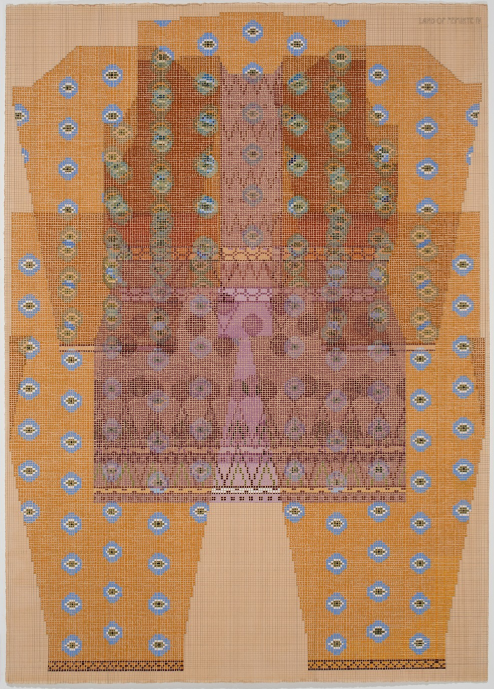 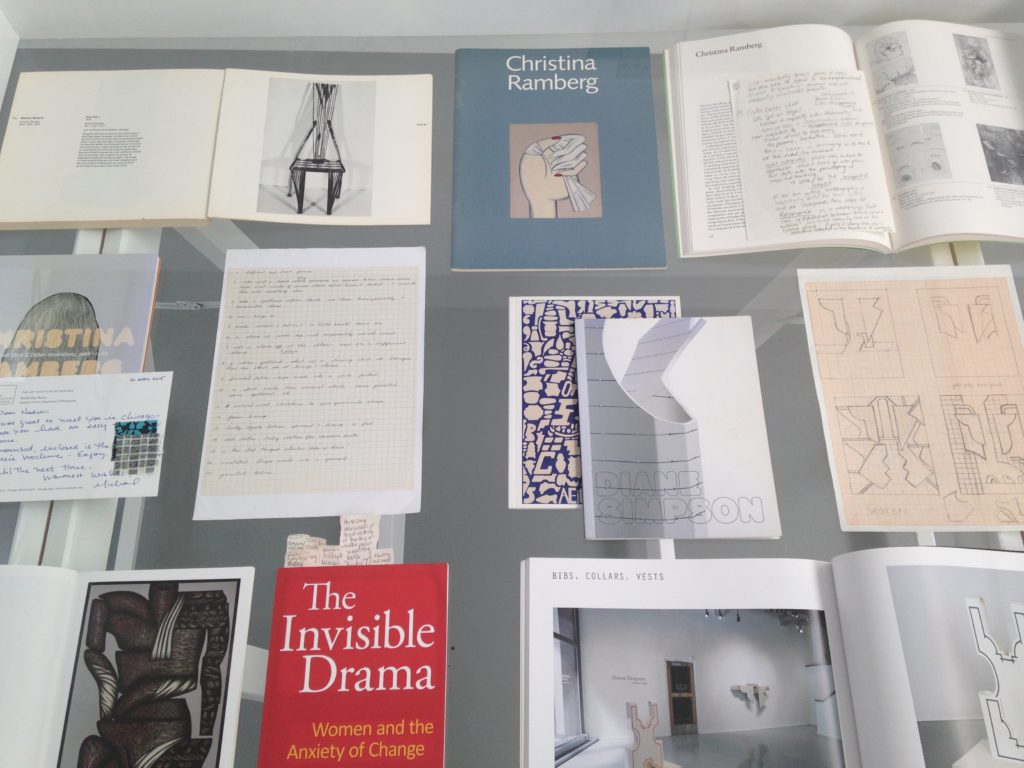 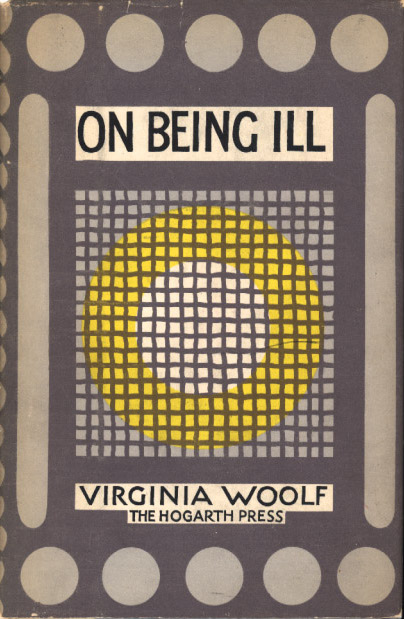 For Alpha Adieu Nadia Hebson will revisit a series of paintings, objects, text and prints, developed over the last five years, that consider the expanded legacy of American painter Christina Ramberg and her creative female circle. Working obliquely with the legacy of women artists, Hebson’s work has sought to comprehend the relationship between painting, biography, persona and clothing through contingent and reflexive means. Developing a form of subjective biography, she has sought to ask how we undertake the recuperation of less considered artists’ work. Drawing on feminist literary touchstones, including the work of Christa Wolf and Carla Lonzi, as well as écriture féminine, Hebson employs both empathy and subjectivity to suggest new forms of comprehension; exploring the complexities of feminine experience through a consideration and re-visioning of other women artists work.

Over the duration of the LODGERS residency at M HKA, the evolving display of work will act as a site for an ongoing discussion between Hebson and invited contributors including: friends, students and peers, forming a programme of talks, readings and restaged performances that will ultimately consider the divisive notion of an appropriate Fine Art education for women.

Thursday 17th August, 18-19.30 h,
Nadia Hebson: Alpha Adieu – a presentation of work made in response to the expanded legacy of Christina Ramberg and her creative female circle

Hana Leaper is the Paul Mellon Centre Fellow and Deputy Editor of British Art Studies. Prior to her role at the PMC, Hana worked at Vanessa Bell’s house museum, Charleston, with the collection as well as materials from an unseen archive of work called the Angelica Garnett Gift. In 2017, she undertook an advisory role in the Vanessa Bell exhibition at Dulwich Picture Gallery, and also wrote an introductory catalogue essay. She will play a similar role in the forthcoming Spring 2018 exhibition on Virginia Woolf and her female contemporaries at Tate St Ives. Together with Nadia Hebson, she co-convened the conference Making Women’s Art Matter at the Paul Mellon Centre earlier this year.

Saturday 9th September, 15 -17.00 h,
Tess Denman-Cleaver: Out and out we go, further and further, until at last we seem to be on a narrow plank

Tess will present and perform text from the development of a new work, Time Passes, for which she has adopted Virginia Woolf as a mentor and ally, a companion to think with.

Tess will read correspondence between Woolf and the development of Time Passes, sharing some of the ways that Woolf has encouraged the emergence of a performance philosophy which disrupts hierarchies of thought, and de-centres where thinking happens and who thinks. Tess will discuss aspects of Woolf’s work relating to landscape and philosophy that have been largely overlooked, lost between canons, disguised by disciplinary definition and hidden behind Woolf’s status as both an artist and a woman.

Out and out we go, further and further, until at last we seem to be on a narrow plank will open up the challenge that Woolf’s landscapes pose to notions of selfhood and duration, and ultimately to the artist’s practice of performance making.

: the end of a thesis: the beginning of work: a correspondence between here and then: a striving between me and her: the logical conclusion : a landscape

Tess Denman-Cleaver is an artist based in Newcastle (UK). She is a programmer at The Northern Charter and is completing a PhD in performance, landscape and philosophy at Newcastle University. Alongside the development of Time Passes Tess is Project Artist on Turner Contemporary’s forthcoming Journeys with The Waste Land exhibition.

Saturday 16th September, 15-17.00 h
How to be a Painter: Titania Seidl and Nadia Hebson in conversation

Ellen Lesperance creates art in various media but often employs the visual language of knitting, having once worked for Vogue Knitting as a pattern knitter. Citing inspiration from Bauhaus era female weavers, the Pattern and Decoration Movement and body-based feminist artists of the 1970s and 1980s, Ellen’s gouache paintings on paper can be followed as patterns to recreate historic garments. She sources these historic garments from archival images and film footage of women involved in Direct Action protest, including women from: the Greenham Common Women’s Peace Camp, the 1999 Seattle WTO protest, Earth First!, Occupy, feminist era protest events and the feminist art canon.

Her work has been exhibited widely most recently at the Drawing Center, New York, NY; Seattle Art Museum, WA; and the Portland Institute of Contemporary Art, Portland, OR and she will take part in the forthcoming exhibition Trigger: Gender As A Tool And Weapon, New Museum, NYC this fall. Her work is represented in the following public collections: the Elizabeth A. Sackler Center for Feminist Art, the Brooklyn Museum; the Museum of Art and Design, the Portland Art Museum, the Bill and Melinda Gates Foundation, and the Kadist Art Foundation. The artist has received grants and awards from the Robert Rauschenberg Foundation, the Pollock-Krasner Foundation, Art Matters, and the Seattle Art Museum. She lives and works in Portland, OR.

Daniela Cascella is an Italian writer. Her work is driven by a longstanding interest in the relationship between listening, reading, writing, translating, recording and in the contingent conversations, questions, frictions, kinships that these fields generate, host or complicate. Writing as a stranger in a language, she is drawn to unstable and uncomfortable forms of writing-as-sounding, and in the transmissions and interferences of knowledge across cultures and languages.

She is the author of F.M.R.L. Footnotes, Mirages, Refrains and Leftovers of Writing Sound (Zer0 Books, 2015) and En abîme: Listening, Reading, Writing. An Archival Fiction (Zer0 Books, 2012). She edits Untranslated at Minor Literature[s]. Her next book, Singed, will be published by Equus Press later this year.

Giovanna Zapperi’s recent research focuses on Carla Lonzi, a central figure of 1970’s Italian feminism, who was an innovative art critic during the 1960s. Ex-student of Robert Longhi and author of a number of significant critical texts, Carla Lonzi invented an openly subjective style of art criticism, and her book Autoritratto (1969), based on the transcription of interviews with artists is of crucial importance. Zapperi’s research concentrates on the divergent course Carla Lonzi took after abandoning art criticism for feminism, with the intent of investigating the relationship between creative practice, feminist commitment, placing them in historical and artistic context of the 1960s and 1970s.