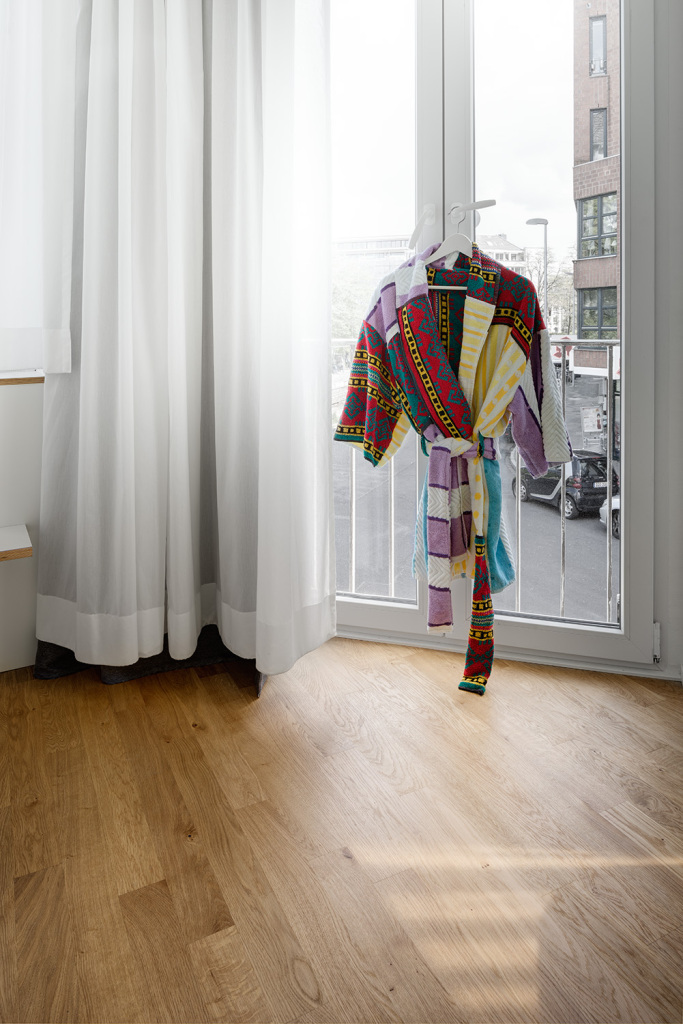 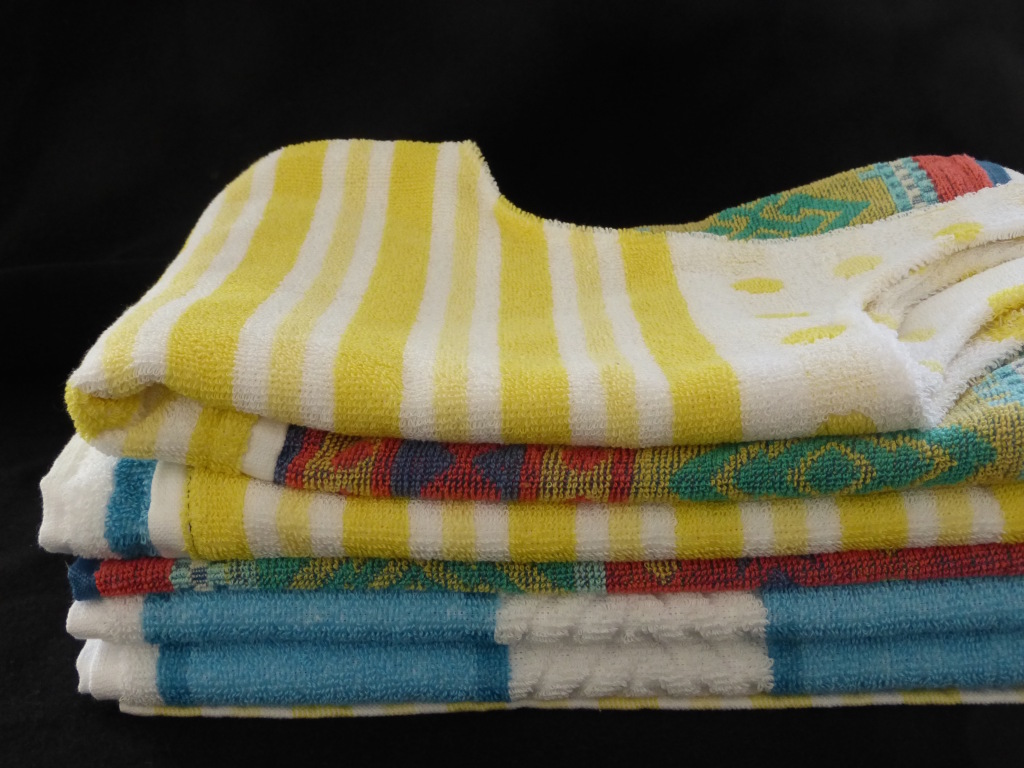 Sophie Macpherson writes and makes films, live events, objects and drawings. Her practice has always sat within a sculptural context but with performative connotations. Sometimes she works collaboratively with artists and performers, and often she draws on personal records to investigate subtle communications informing our notions of identity.

For Drop City, Düsseldorf at Hotel Ufer she shows a collection of tailored garments made from towels sold in a market near her studio. She lives and works in Berlin and Glasgow.

Recent projects and exhibitions include:
news and booze, with Clare Stephenson, a live event as part of ‘Generation- 25 Years of Contemporary Art in Scotland’, Tramway, Glasgow (2014); Costume – Written Clothing, Tramway, Glasgow (2013); The Irregular Correct – New Art from Glasgow at the Fremantle Art Centre, Fremantle (2012); Studio 58: Woman Artists in Glasgow Since WW2, The Mackintosh Gallery, Glasgow (2012); Shoplifters, Shopgirls/Ornament and Boredom with Clare Stephenson, Tramway (2011)/ICA London (2012);  Her Noise: Feminisms and the Sonic, Tate Modern, London (2011) and The Voice is a Language, part of Glasgow International Festival of Visual Art (2010)