drop city
Exhibitions
CLOSE
For the exhibition "citizen without qualities" artist Robin Vanbesien and Drop City conceived an exhibition dispersed over several locations and throughout the three cities of Newcastle (Drop City's original location), Brussels (the artists home) and Düsseldorf (launching Drop City's programme in the city within the rooms of Hotel Ufer). Taking place between January – August 2016 within and throughout the Hotel «Drop City, Düsseldorf at Hotel Ufer» presents a collection of exhibitions, single works and events by artists from across Europe within a private/public setting. From newly commissioned works, focused on everyday micro-narratives, to live events and exhibitions «Drop City, Düsseldorf» attempts to seek more dynamic interactions between artists, site and audiences, and rather than relegating the audience to the passive role of spectators, looks to foster the active and genuine involvement of participants. Reflecting on the context of the setting within Hotel Ufer means examining the role of a gallery programme: a diverse body of work that includes film, video, sound, drawing, installation, painting, and sculpture, but also writing, performance, even functional objects, that are able to speak on a wide range of subjects to a wide range of people. In addition to this variety of languages and techniques, each of the programmes’ projects must also be analysed from a broader perspective to include the context and modes of production being employed, and starting, at least conceptually, from the many conversations and interactions with those people the works and artists within the programme encounter. It is on these forms of participatory synergy that the very existence of Drop City’s programme is founded. 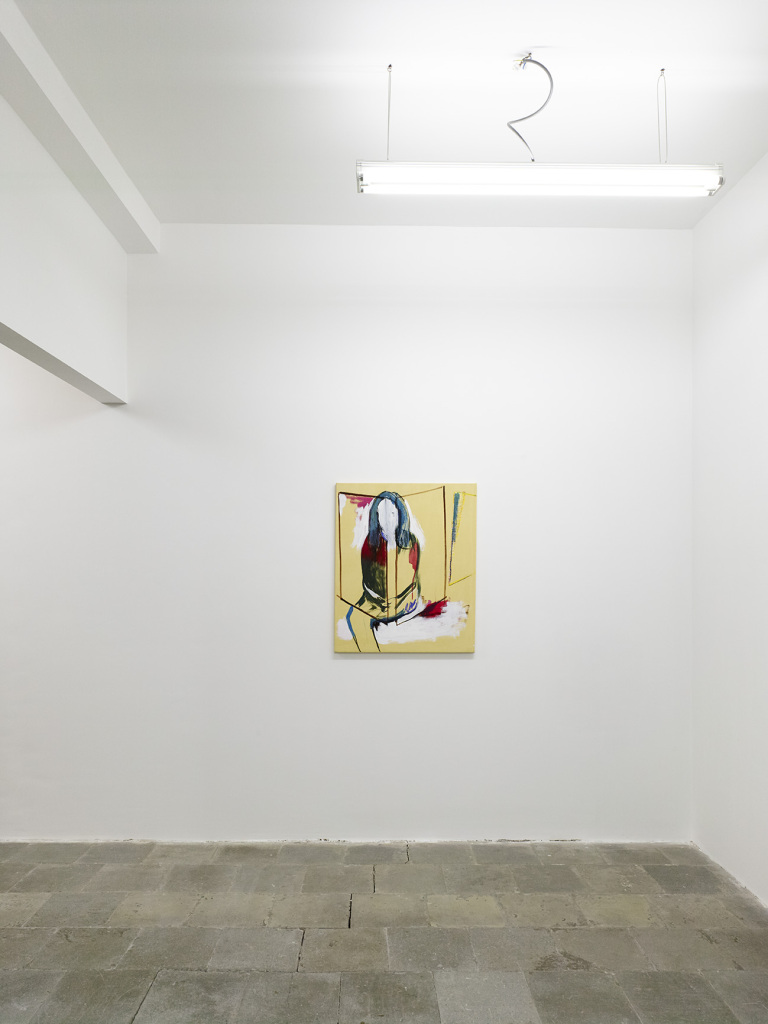 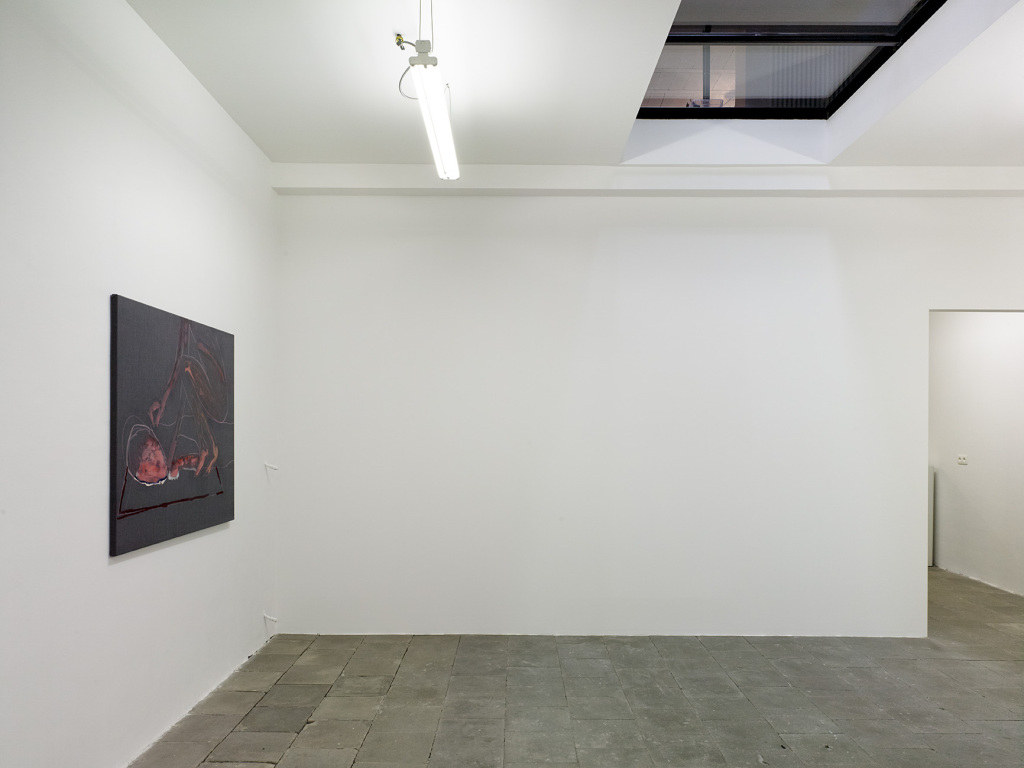 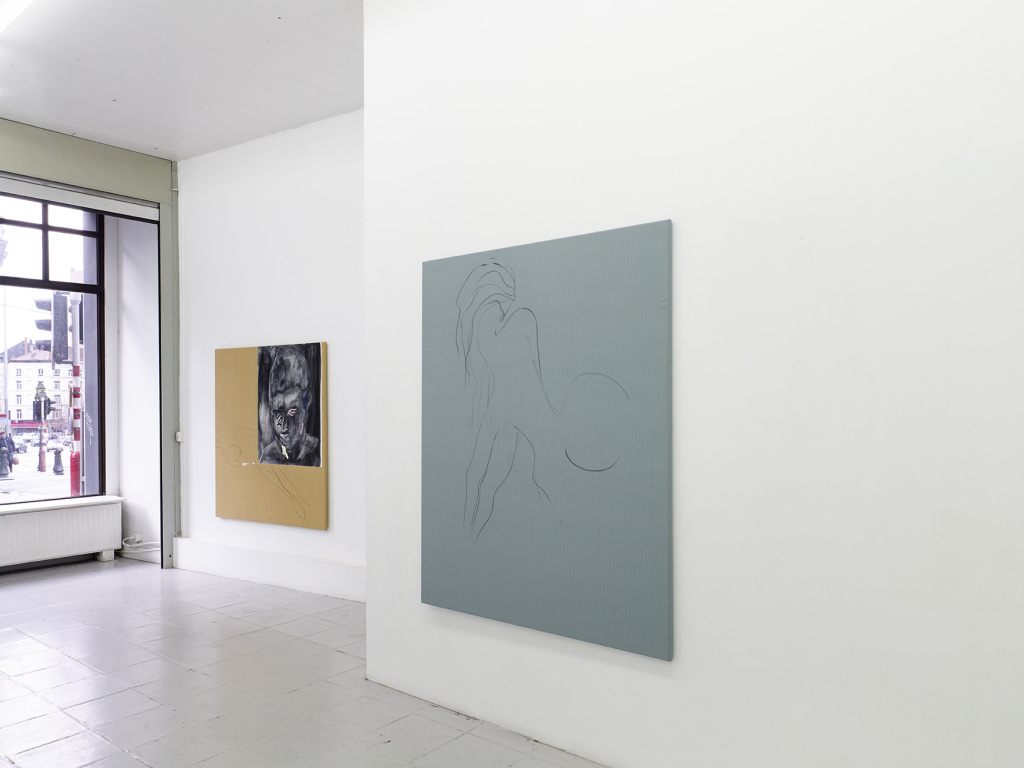 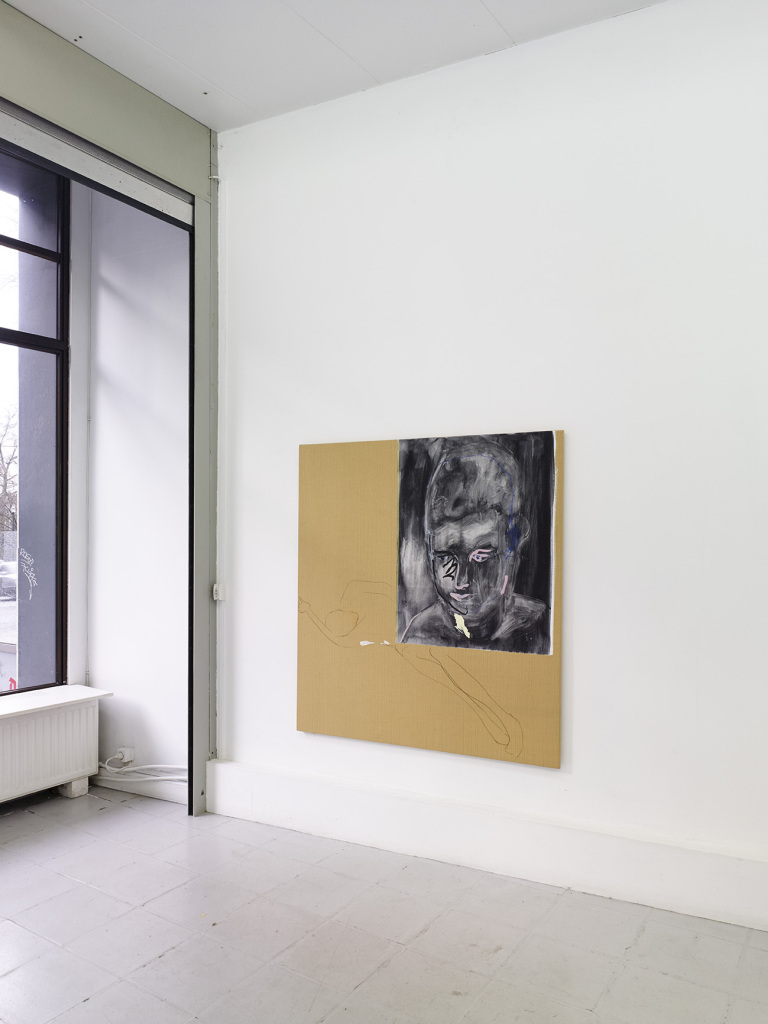 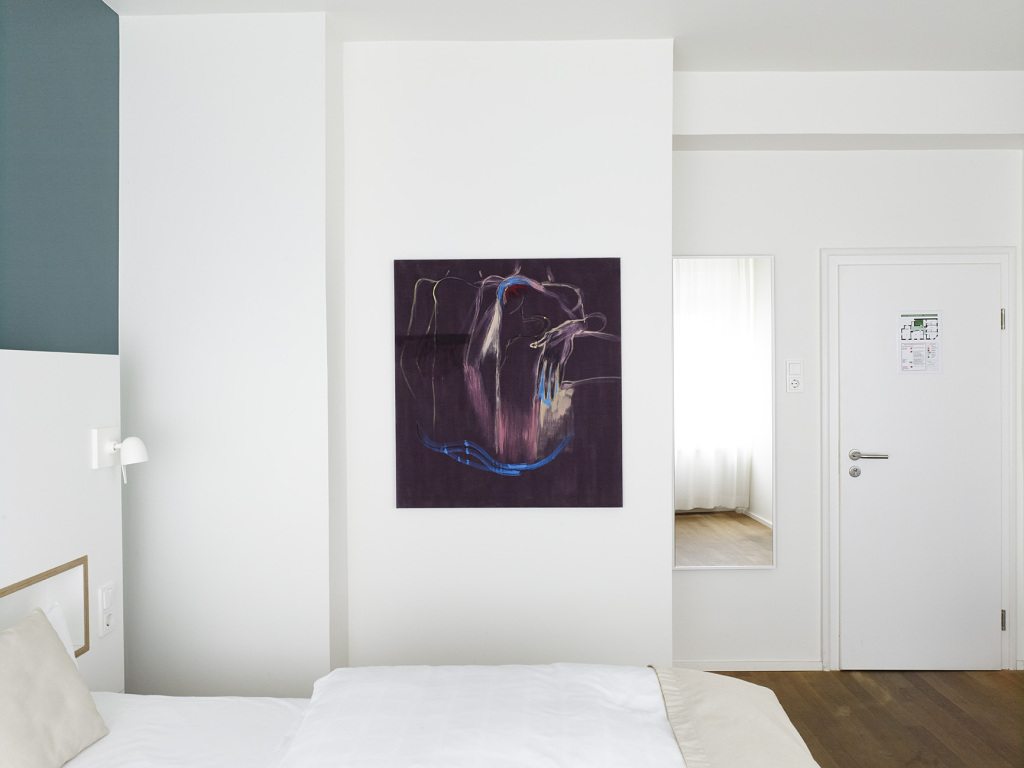 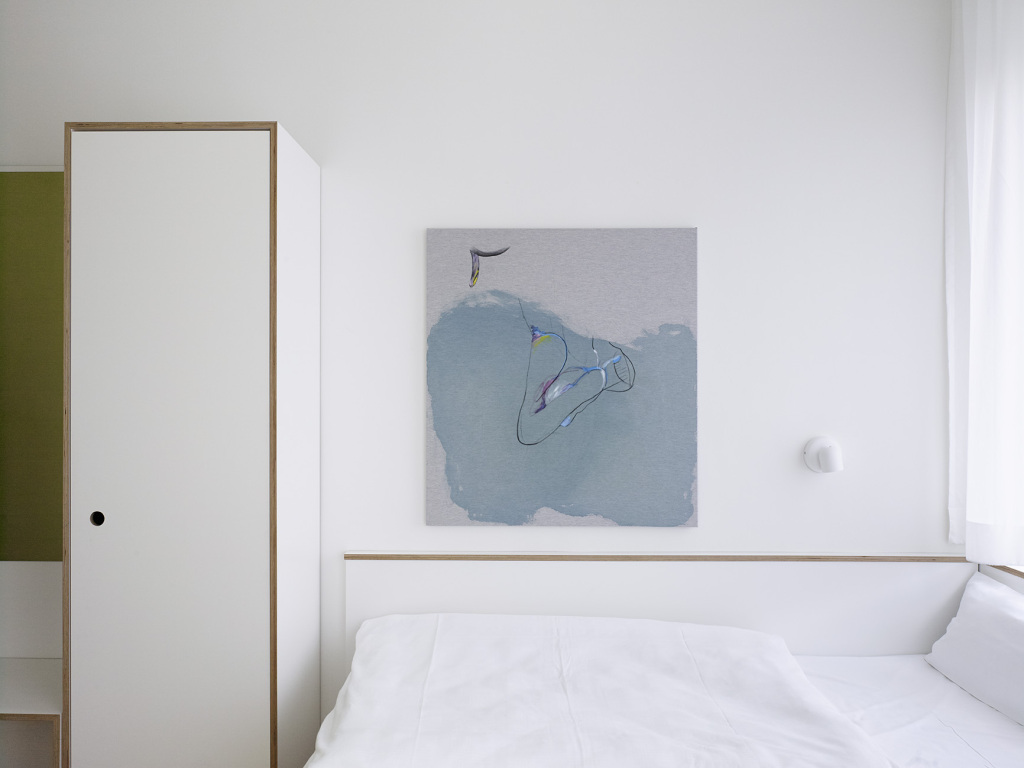 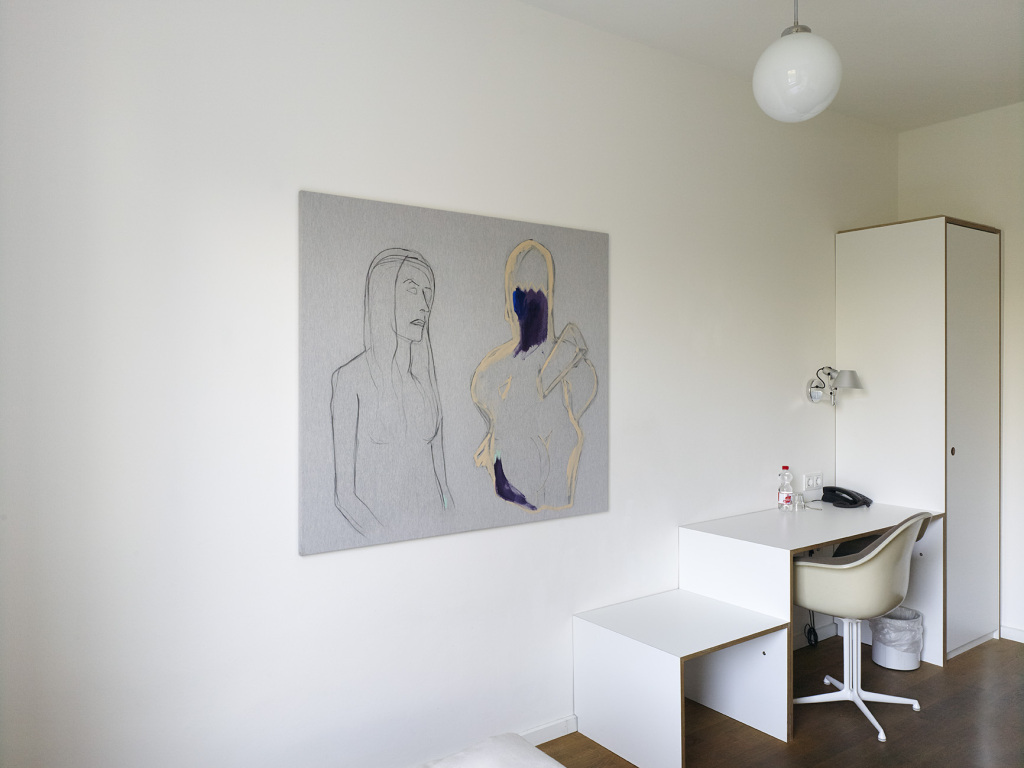 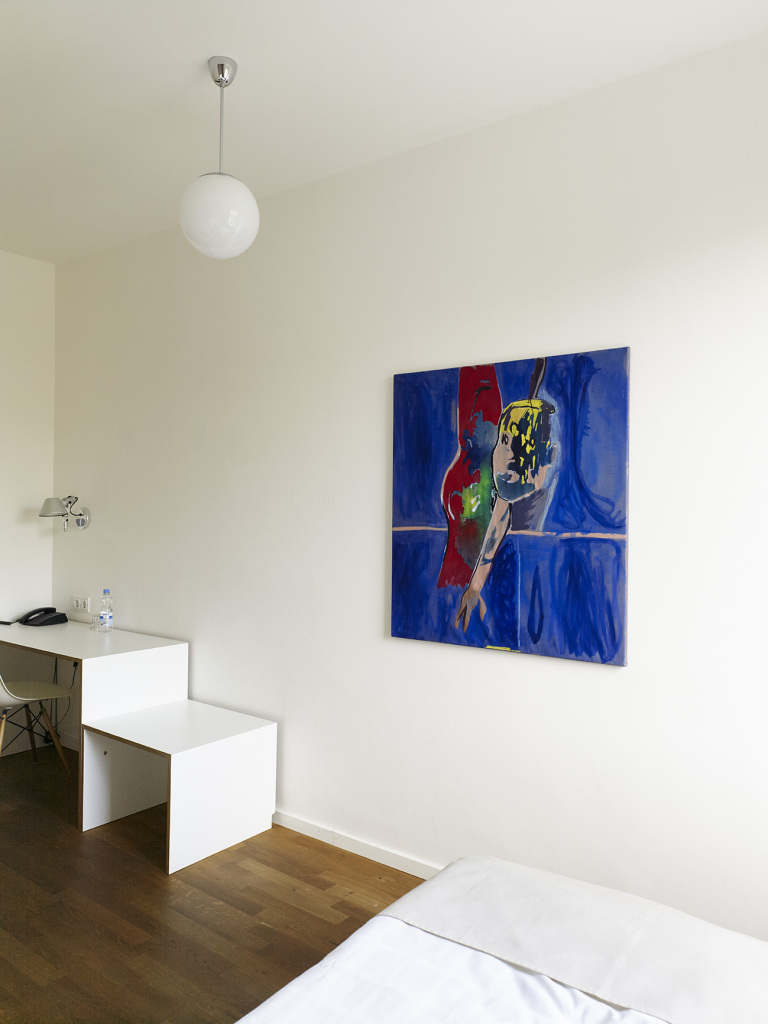 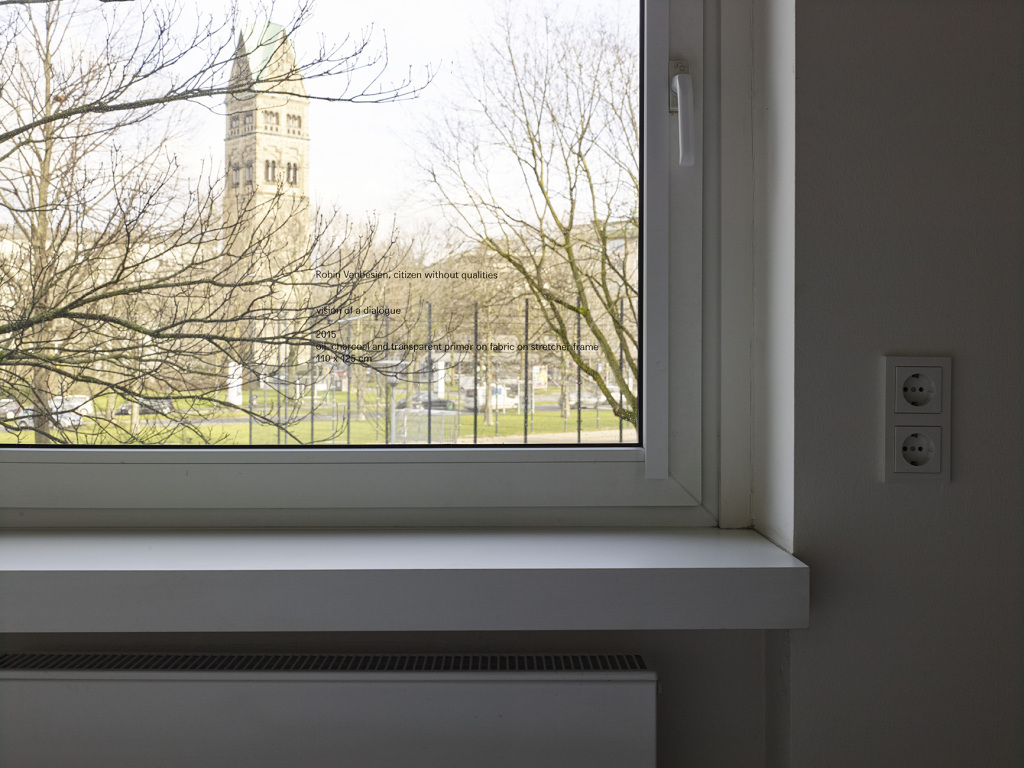 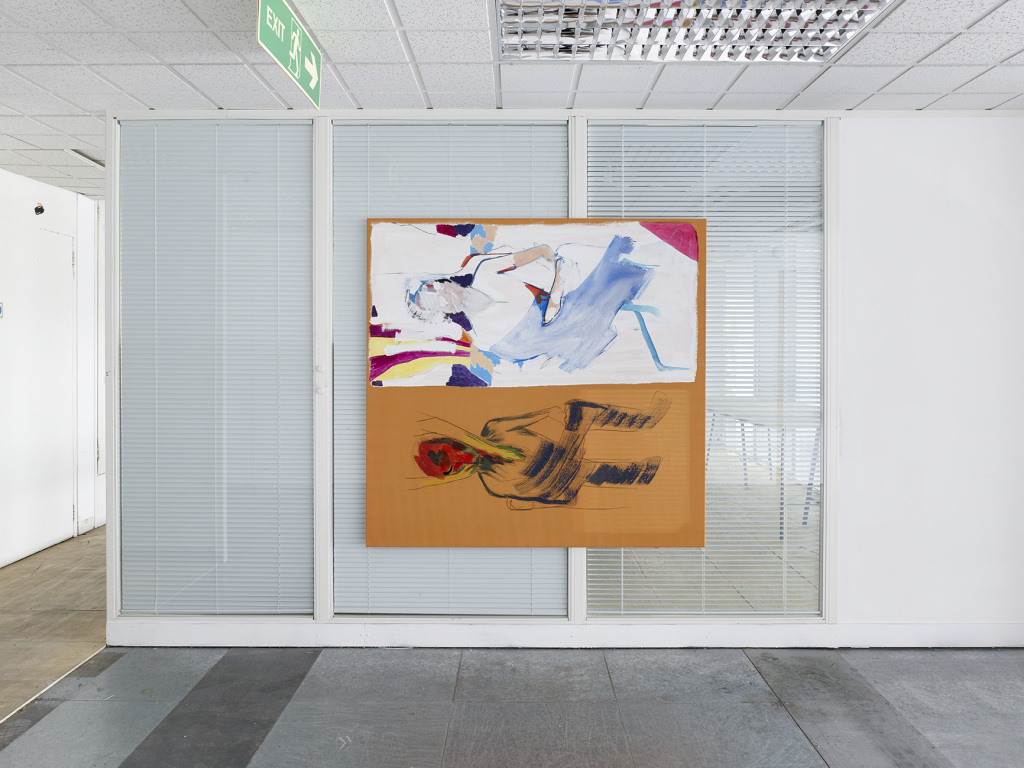 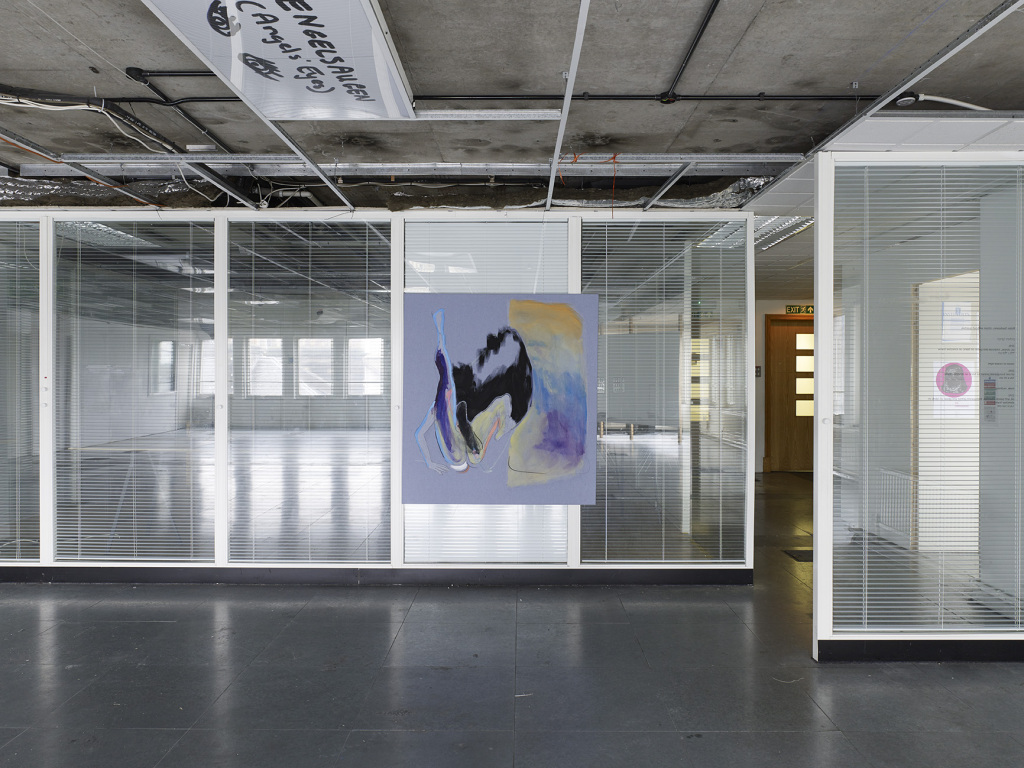 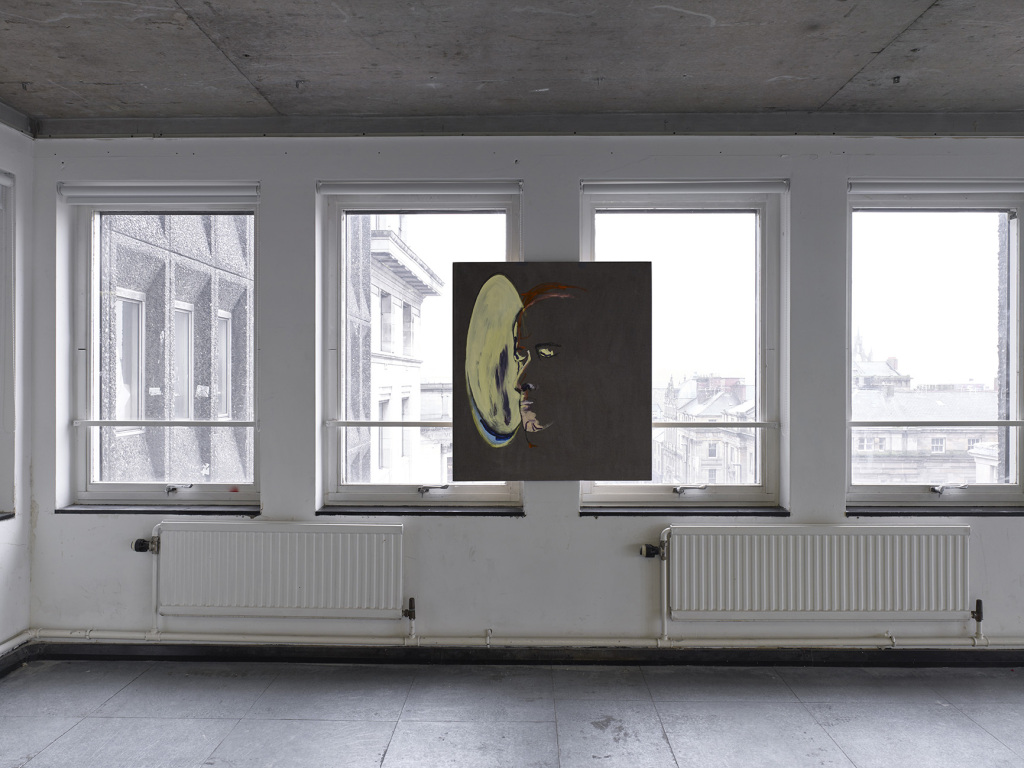 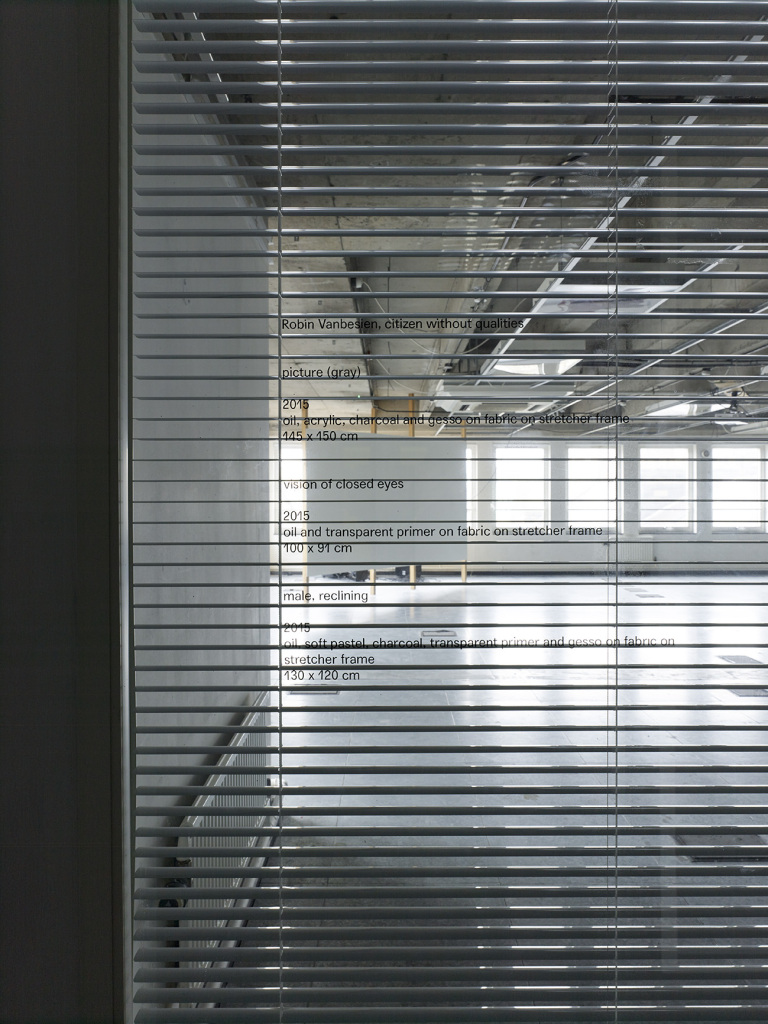 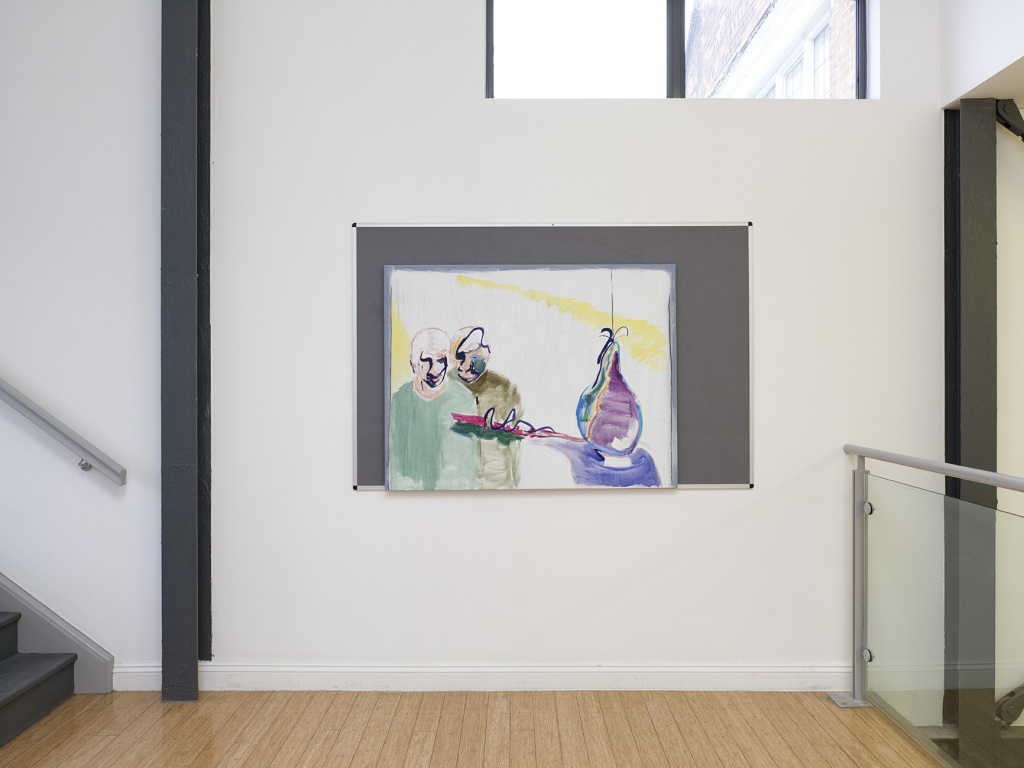 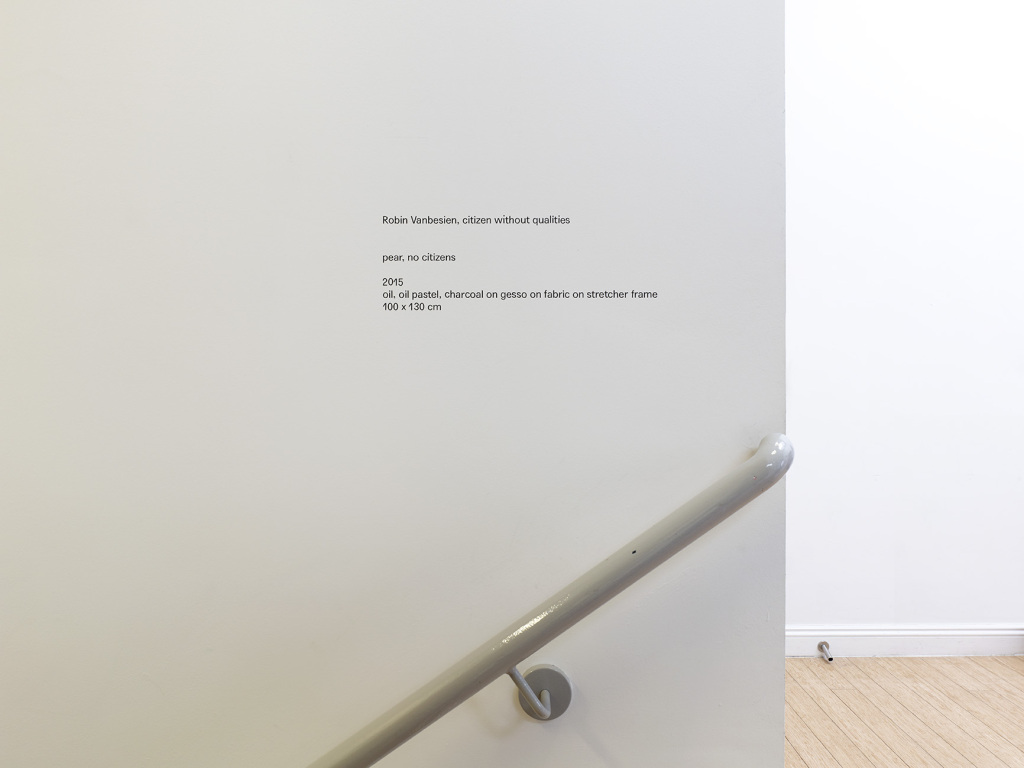 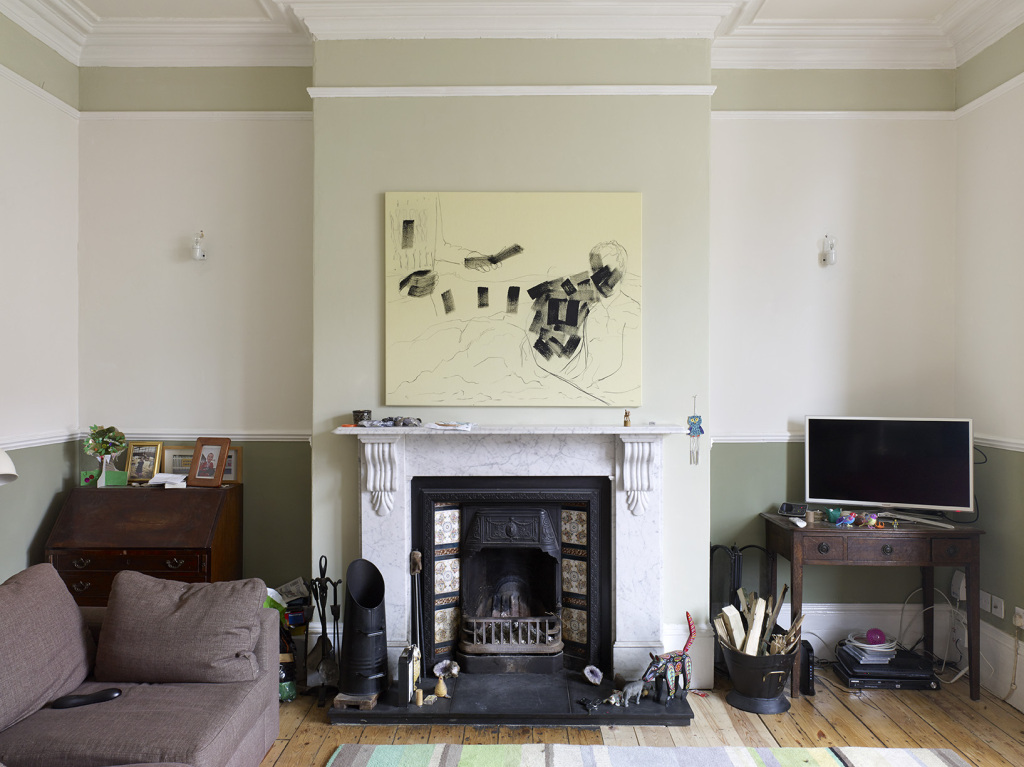 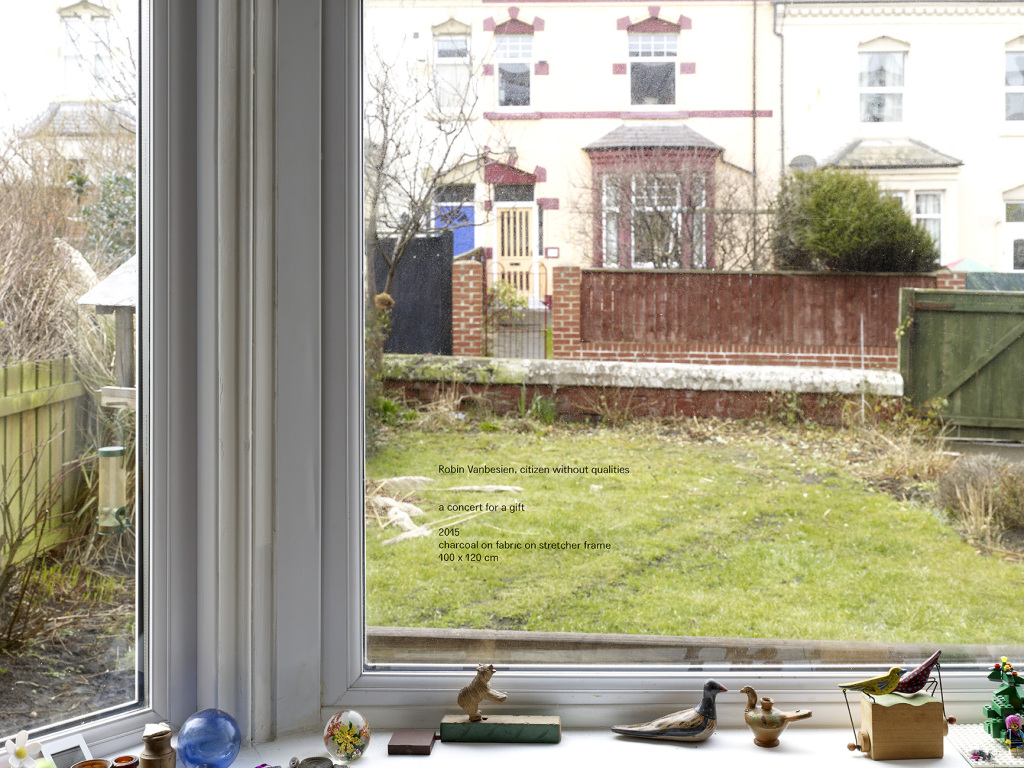 All photographs copyright the artist and Kristien Daem

The dream-figure of a citizen without qualities has been haunting my imagination while making the series of paintings for this exhibition. Someone who can only be noticed in her appearance, yet is without any special properties other than her lived experience. A singular being-as-such, she could be the “nameless girl” (in Roberto Bolaño’s novel Antwerp), or a messenger identified with their message (as Pasolini’s visionary Saint Paul); someone who neither belongs nor is entirely excluded and uncounted, a person dissociated from the current state of affairs, unrepresentative as she doesn’t point to a place to be occupied; a common stranger.

In my dream, this figure, in its cartoonish or mimetically anthropomorphic visibility, embodies the material for a society, where the social can no longer be defended by an image of order, but remains as the irreducible core of a life lived in spite of political and economic circumstances that undercut it.

Like dreaming, painting can be an oracular way of telling what crisis one is actually in. This crisis is one of “project”, or an exhibition aimed at concentrating and accelerating a network of relations linked with a subject. Instead, I opt to work with a crisis of dispersal, both a literal and a figurative dispersal of the figural in the painting, the paintings in venues, the venues in the cities. A reciprocal framing and de-framing is at stake between the painting (and the figure within it) and the environment it is (mis)placed within. Hence, I seek out the liminal point of discernibility of a deflated human figure, its staging in social spaces where the paintings are neither friends nor enemies. Thus, a citizen without qualities becomes a figure on trial, whereby its appearance as a subject is put on test for the public.

In collaboration with Drop City, Robin Vanbesien presents an exhibition of paintings across a number of venues, both public and private, in three cities: Newcastle, Düsseldorf and Brussels, in the period 5 February to 18 March 2016.